History of The Norfolk County Archives Building and Collection 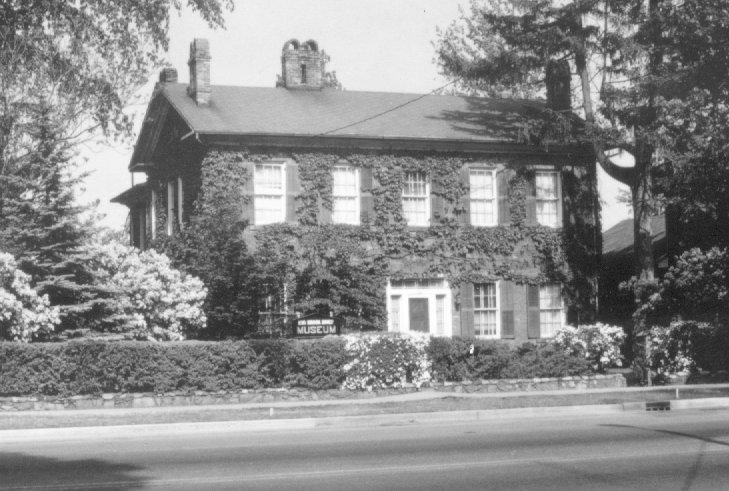 Norfolk County Archives is open year round for researchers and visitors to our archival exhibits on the main level of the heritage home.

Situated at 109 Norfolk St S, Simcoe, Ontario, the original heritage building was bequeathed to the Corporation of the Town of Simcoe by Mrs. Eva Brook Donly in 1941. Since 1941 the building was operated by a Museum board under authority from the Town of Simcoe, in co-operation with the Norfolk Historical Society (NHS). The NHS was responsible for the rich collection of paintings, archival materials, and artifacts that the organization began collecting when they were established in 1900.

The building itself is built in the Georgian style and is one of the oldest residential brick structures in Simcoe, having been erected in circa 1845 by the Mulkins family.

Thomas J. Mulkins was a storekeeper and became Simcoe’s second postmaster in 1848. Thomas J. Mulkins died in 1856 but his widow and family continued to live in the home. His son Henry Mulkins succeeded Thomas as postmaster for the Town of Simcoe. Henry Mulkins married and had two daughters and continued to live in the home until his death in 1917. Eva Brook Donly and her husband Augustine W. Donly purchased the house in 1924, living in the home until her death in 1941.

In 1967 a new Centennial wing was added to the rear of the building. The wing was added to mark the one hundredth anniversary of Canada’s confederation with funding coming from the Museum Commission and Centennial funds from the town of Simcoe and the Townships of Woodhouse and Charlotteville, supplemented by government grants and private donations. In 1983 another addition was made to the building, which included the collections storage rooms, for both the archives and museum collections, and the archives reading room.

Tuesday to Friday: 10 am – 4 pm
Saturdays by appointment